Profile of a Predator 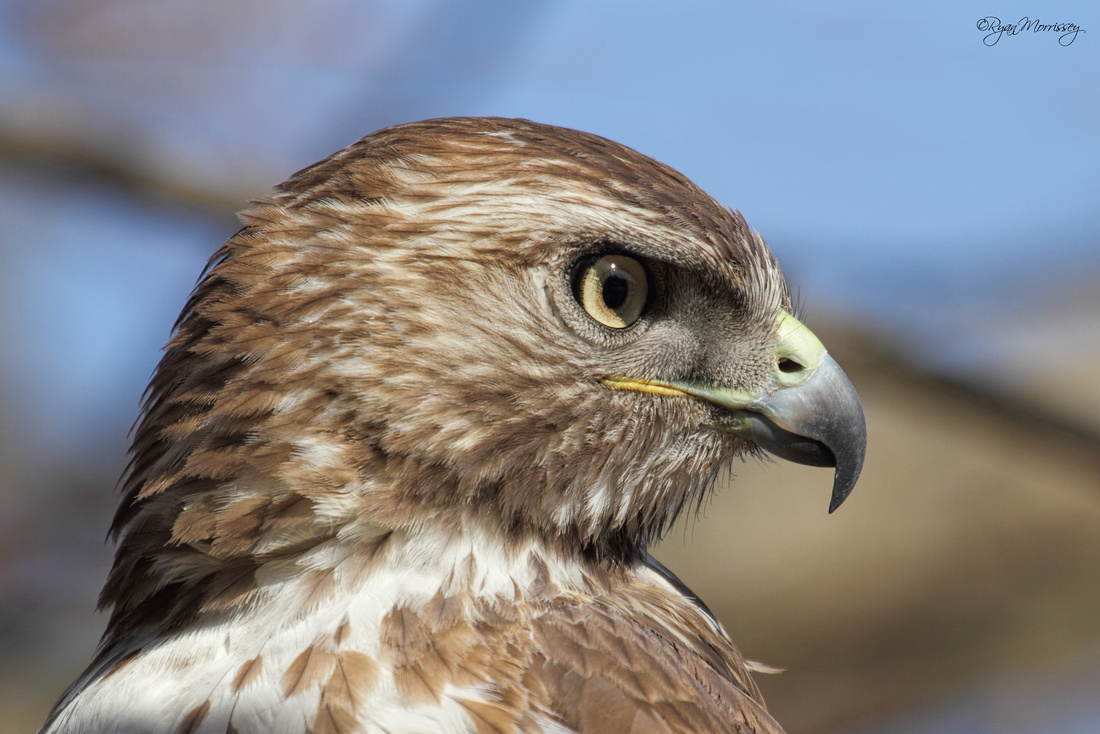 Profile of a Predator

Raptors exhibit an array of specialized evolutionary traits unique in the bird world.  Some of them can be examined in this closeup profile of a juvenile Red Tailed Hawk spotted in Green Wood Cemetery.

For starters, all raptors have very large forward facing eyes, allowing for binocular vision that aids in the hunt.  This is a commonality across many animal types, with grazers and prey animals having eyes more to the side of their heads, to help see behind them defensively.  Predator’s eyes aim clearly to the front, specialized to focus on the kill.  Look in the mirror.  Yup, you’re a predator.

That’s where our similarities end, as raptor’s have significantly better vision than humans.  How much better?  I’ve read estimates up to 8 times better!  The ‘ol saying that they can see a rabbit from a mile away?  It’s probably true.  Some raptors can even perceive ultra-violet frequencies.  How might this help?  It lets them track the urine that rodents leave behind and therefore see their common thoroughfares in the fields.  Sick.

Hawks and Eagles especially, which are diurnal (aka daytime) hunters, have evolved a pronounced ridge over their eyes that works as a built in sun visor.  Look in this photo how effective it is at shielding their retinas from the sun.  Yup, this is also to help them productively hunt prey.

Anyone of you who is comfortable around the kitchen may be familiar with chicken sheers.  You know that notch in one of the blades that acts to help hold bones in place when you cut them?  We weren’t the first to come up with that idea.  Look at this hawk’s beak and you can see that notch is already built into its razor sharp beak, for just the same reason.  Neat stuff.  And that beak is powerful, likely able to exert several hundred pounds of pressure per square inch.  Luckily for you it’s unlikely that a hawk will ever bite you, since they kill with their talons and don’t associate their beak as being a weapon.  A falcon, which uses its beak to sever the spinal cord of its victims….yeah, it might bite you.

And by the way, it's not easy to notice, but this hawk is pretty much looking directly behind himself….they can rotate their heads with absolute ease.

So next time you see a beautiful raptor in your neighborhood, not only can you think to yourself  “Holy crap, look at that thing!”, but you can also think to yourself, “Wow, what a marvel of evolutionary engineering!”

Snowy Owls in the City

As the irruption winter of 2013-2014 begins to wane, I contemplate the affect that the dozens of snowy owls that have descended upon our area will mean to me and others aware of the event.  As a novice photographer and certainly fledgling birder, it didn't occur to me at first the vastness of the situation.  What I thought was a cool thing to go look for if I had some free time soon established itself as what could well be a once in a lifetime experience.  As difficult a winter as this one was, I vowed to bundle up and trek down to the Brooklyn and Queens tundras when time presented itself.  My interactions with these amazing creatures were brief but memorable.  I will miss them once they are gone. 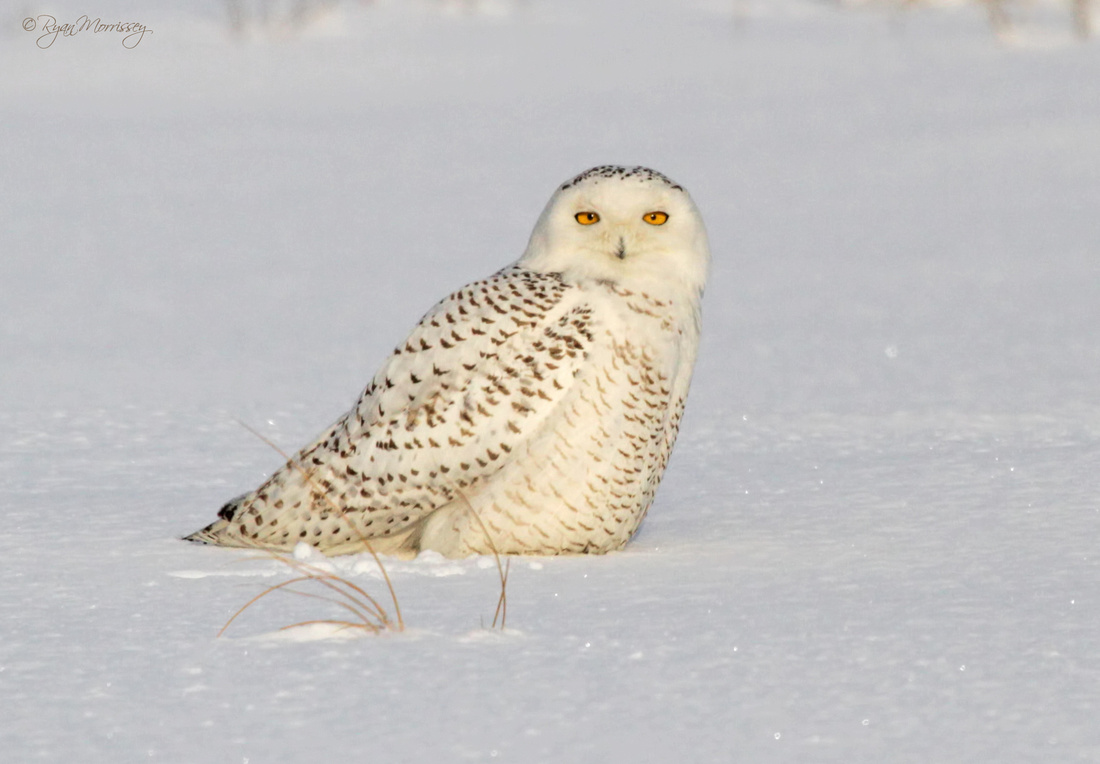 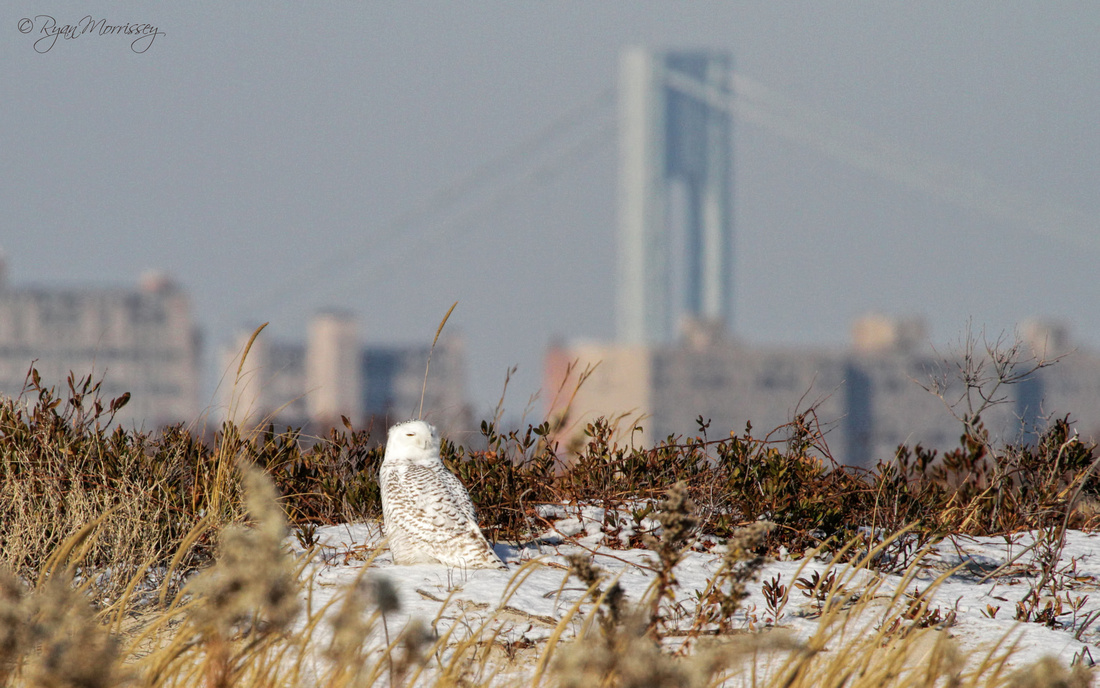 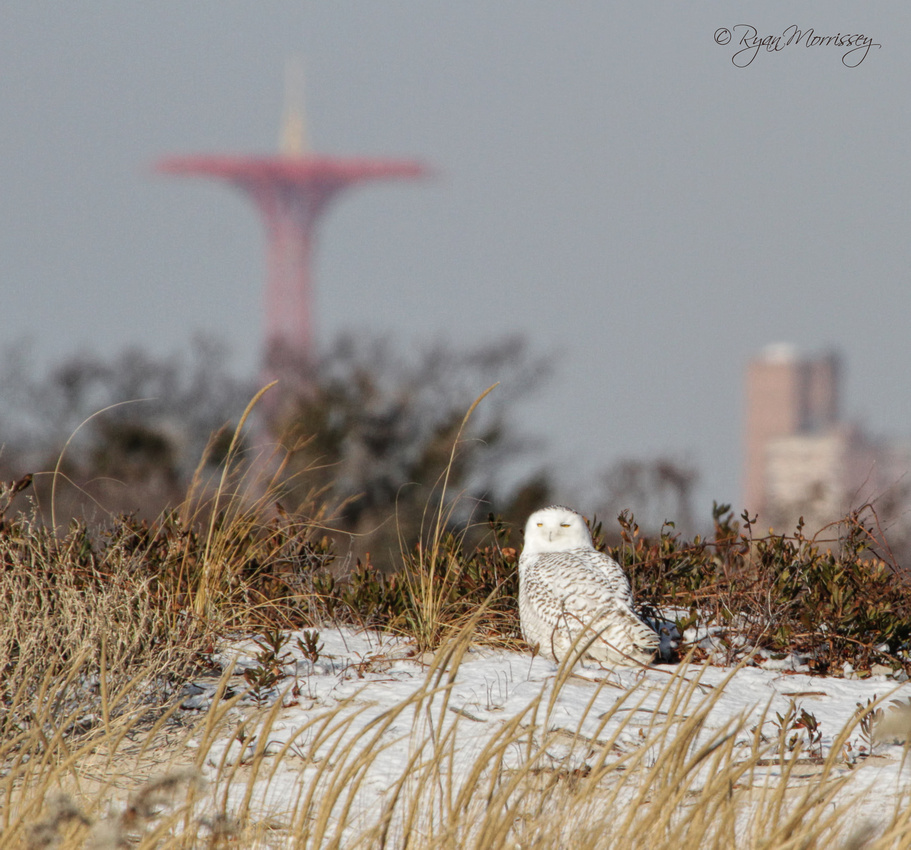 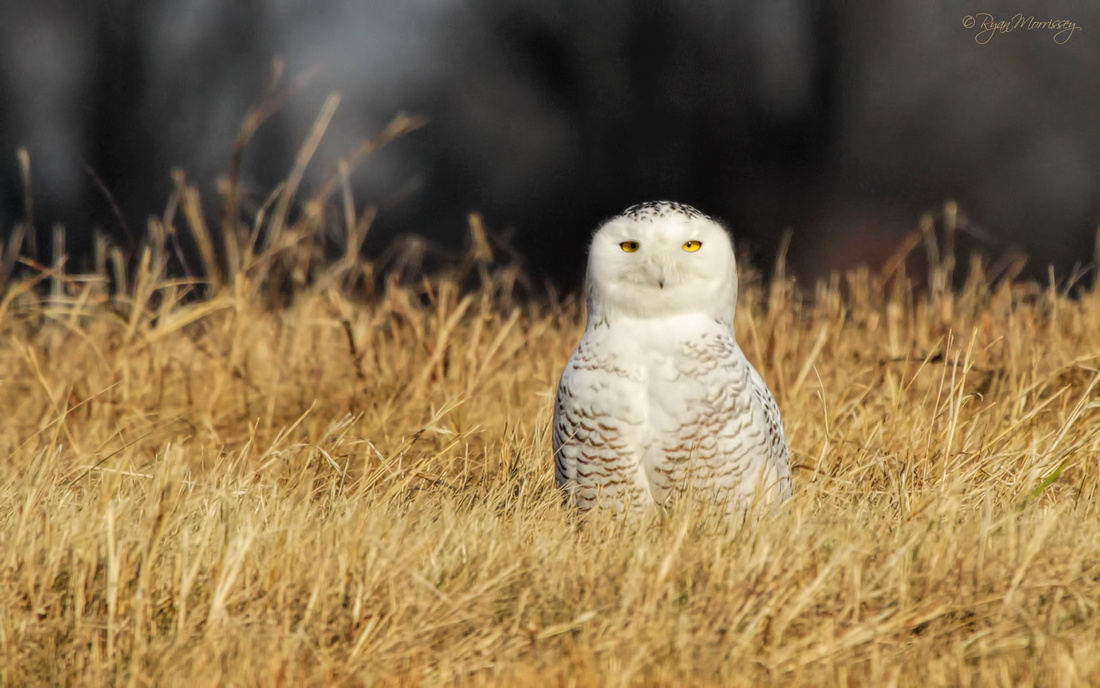 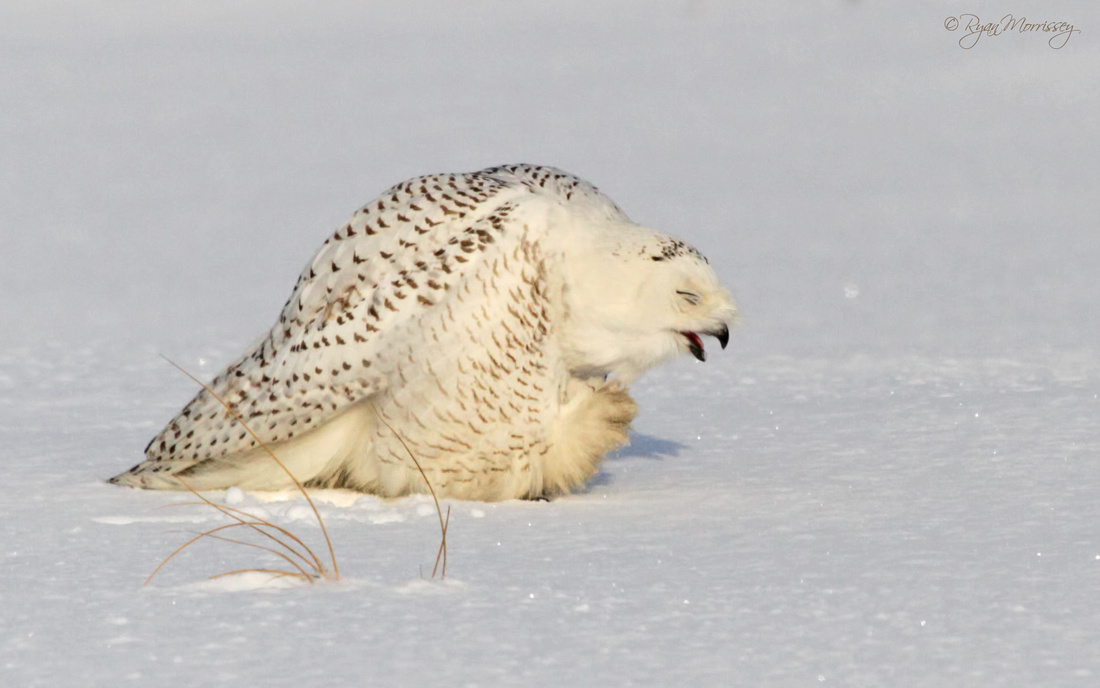 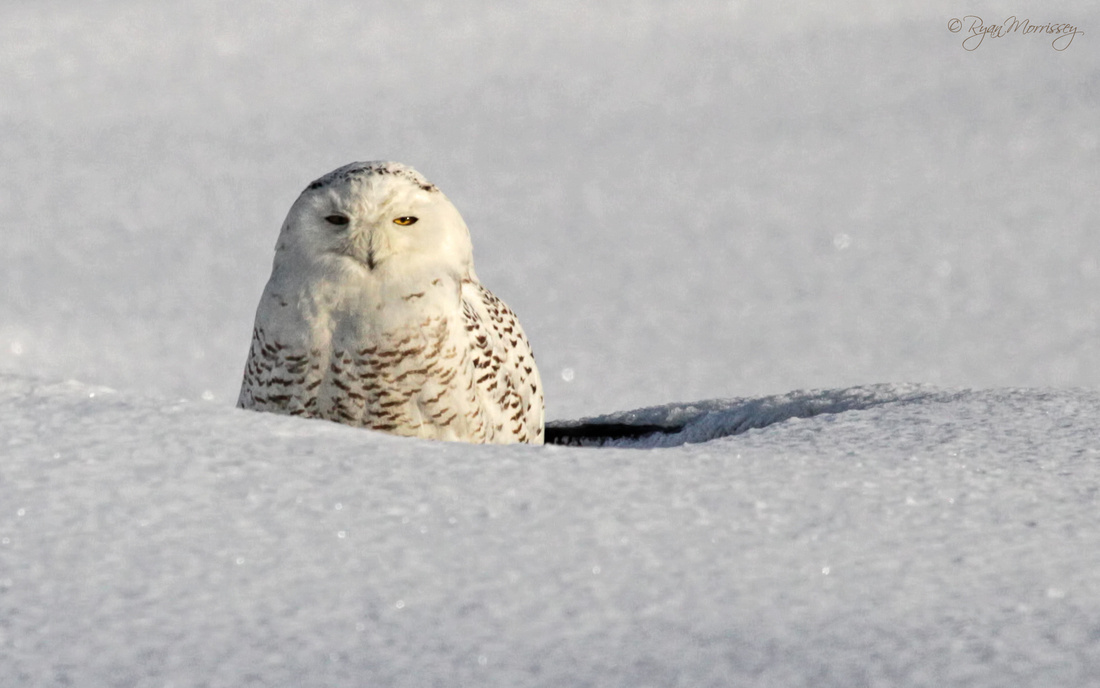 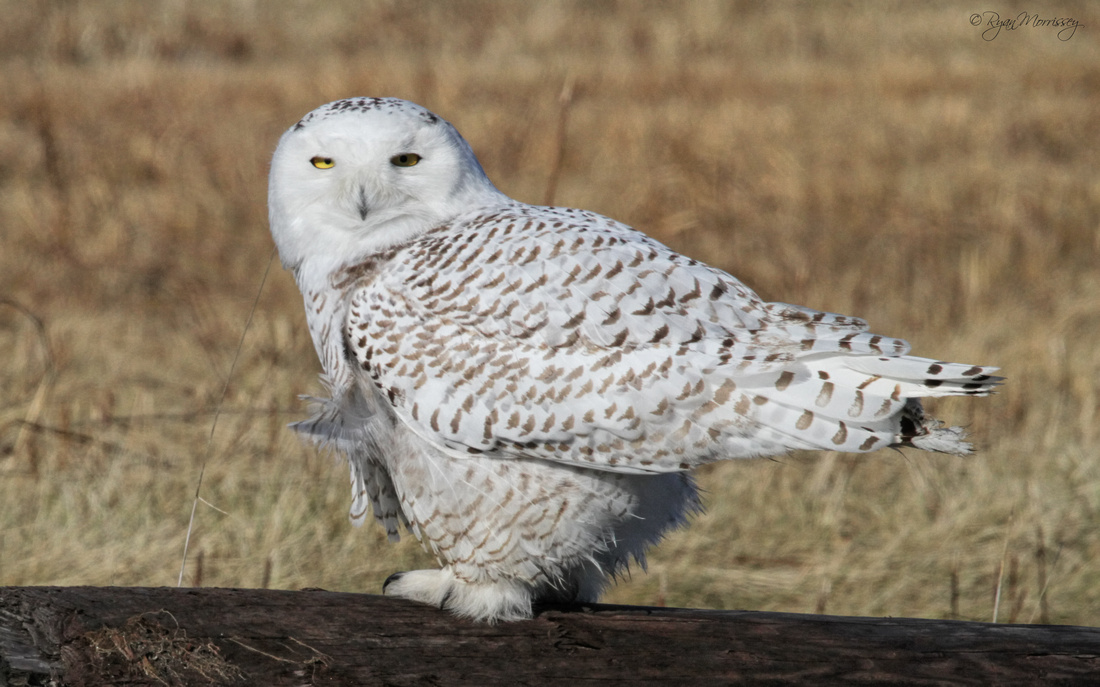 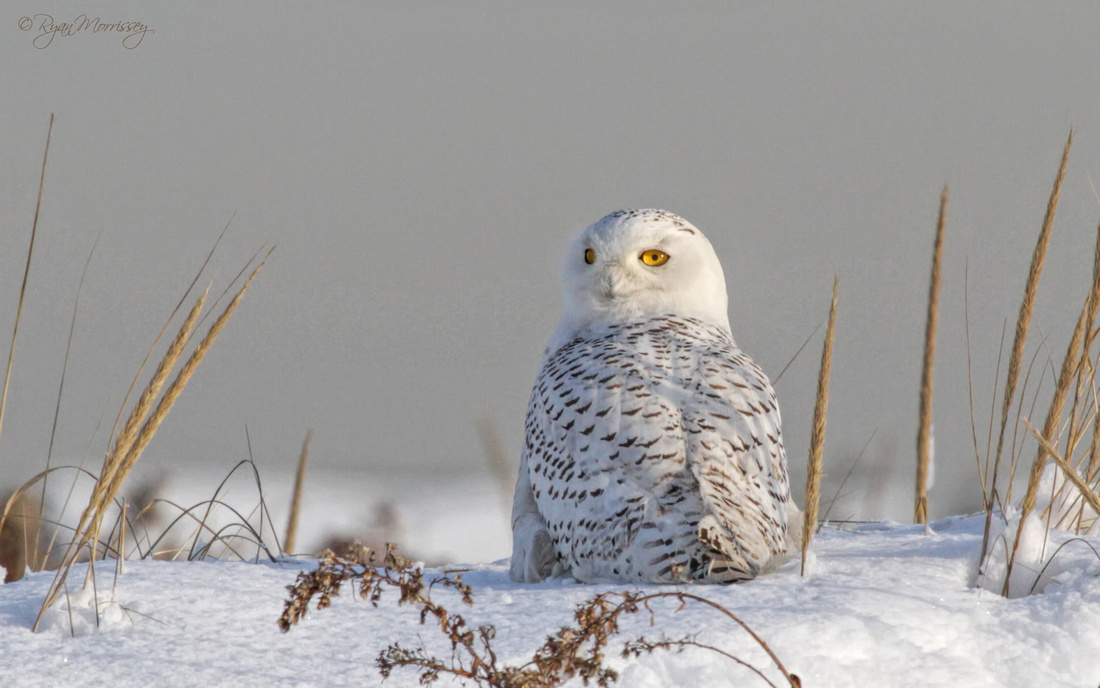 Summer's a long way away... 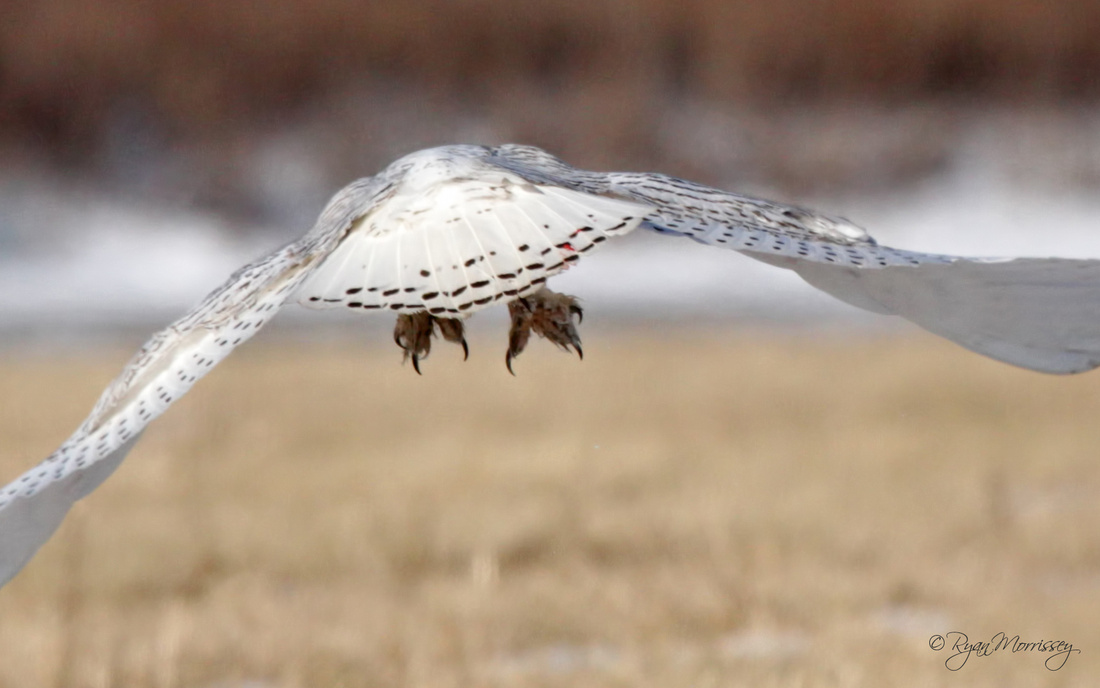 Returning to the North...

While the influx of Snowy Owls this winter brings a majestic presence to our local beaches, something else caught my eye on a recent visit.  Numerous small flocks of Sanderlings were darting in and out of the cycling waves, rooting around in the sand and shallows for small invertebrates to eat.  This small shorebird, like the Snowy Owl, nests in the arctic tundra.  In winter they leave and migrate to shores all around the world.  Collectively referred to as “Peeps”, there are a great number of similarly shaped and colored shorebirds that will make NYC shores their home for at least some time every season.  Though my fiancée already had an affinity for these amusing little creatures, I’ve only just begun to appreciate their diligent, fleet-footed antics. 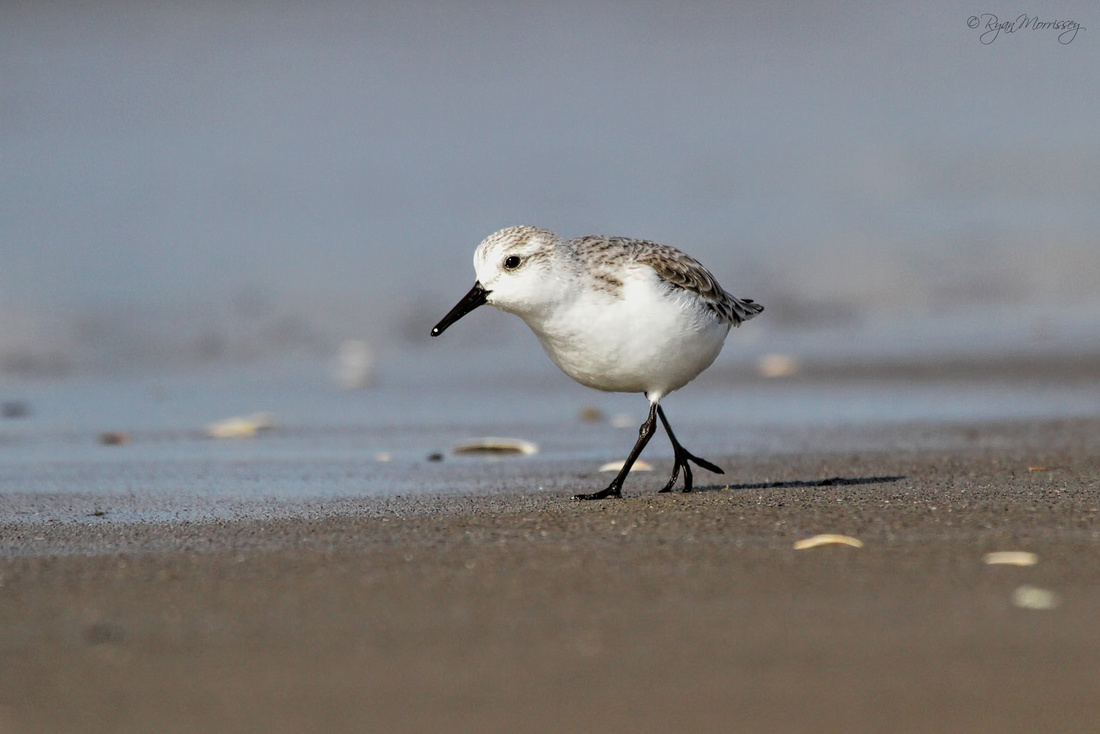 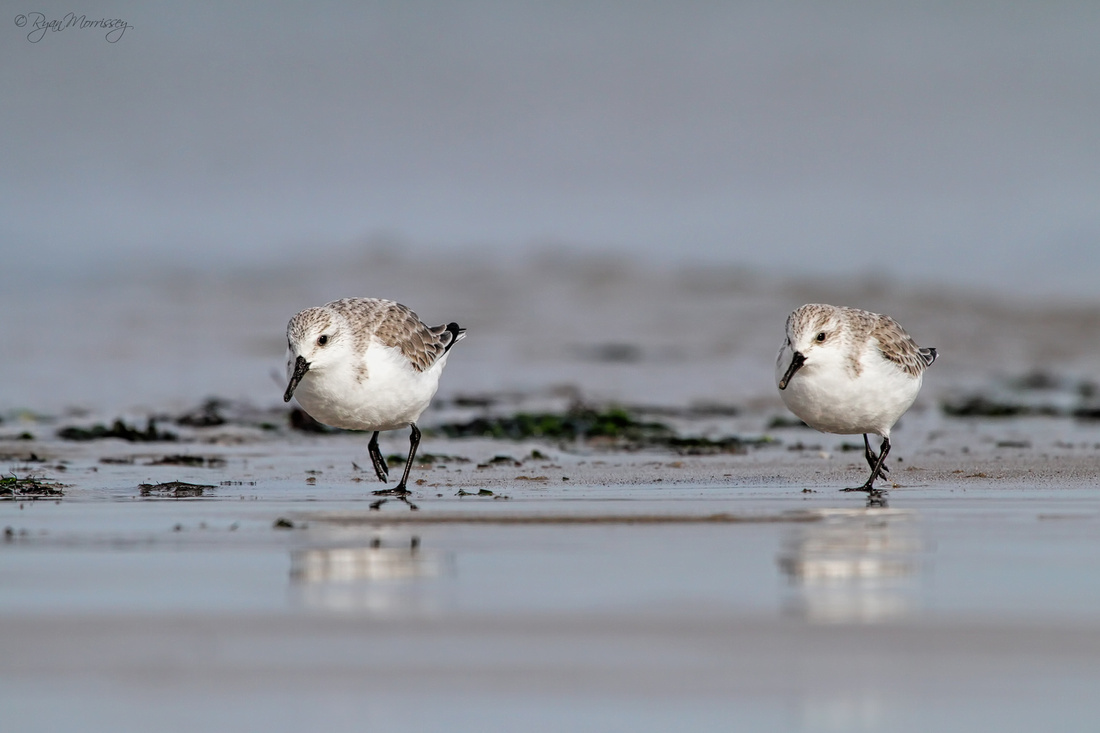 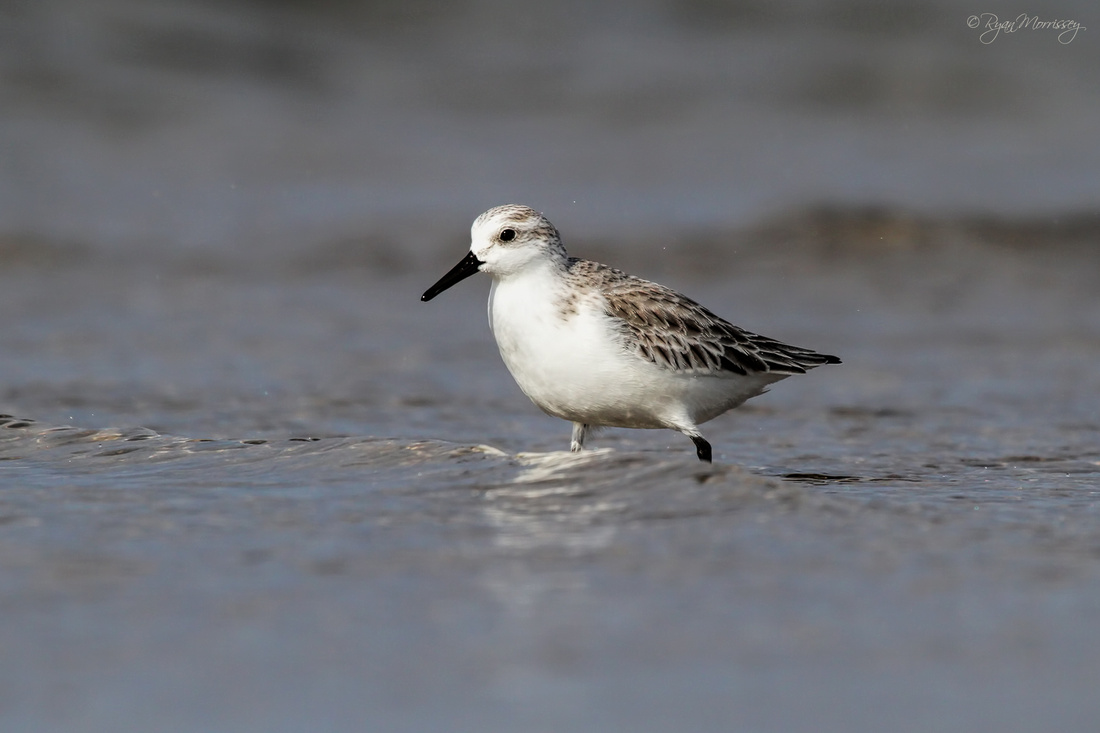 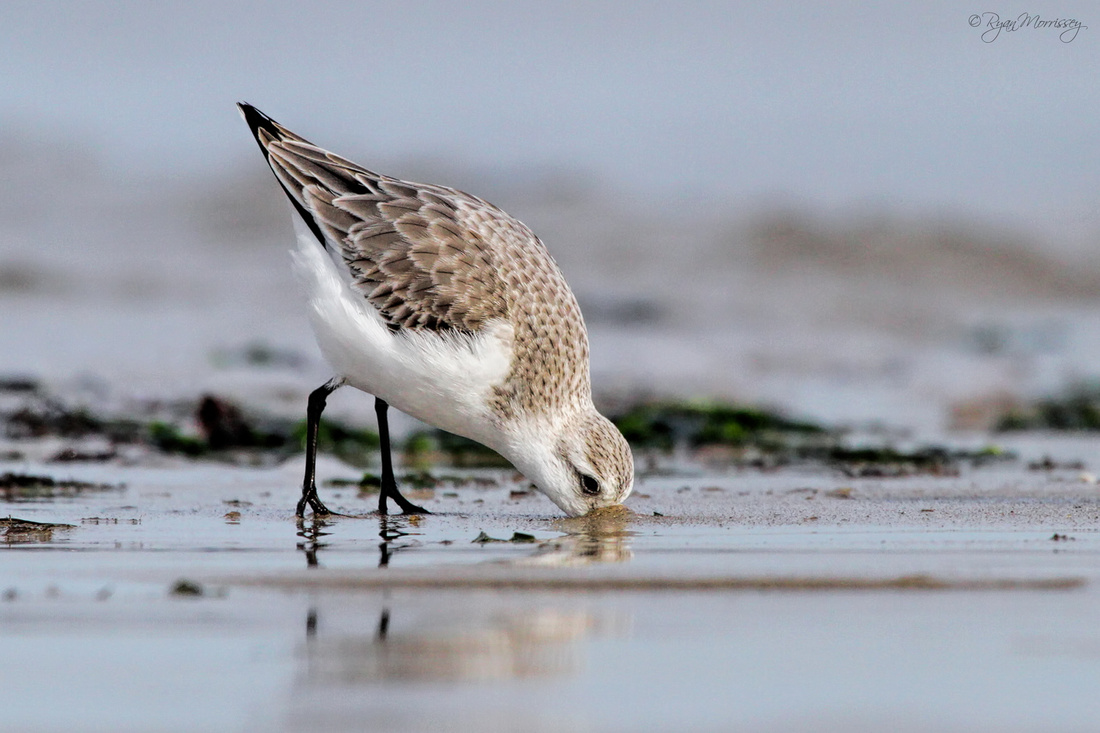 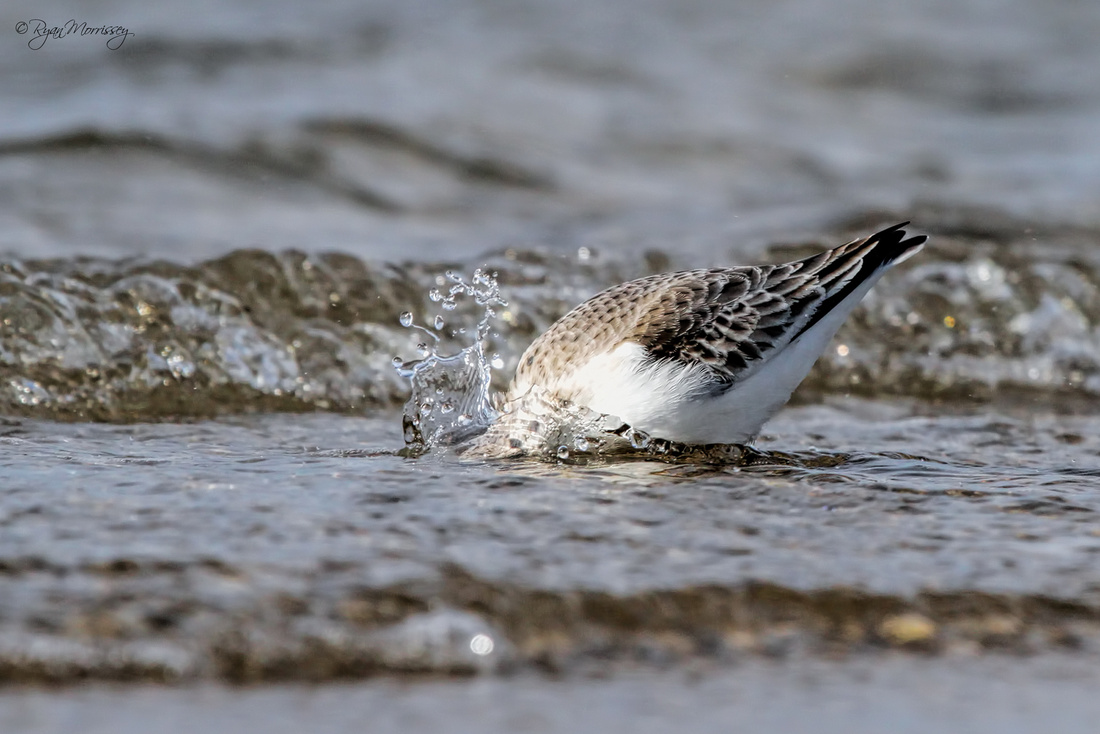 It's been a very cold week, well....nationwide, but here in NYC too.  This is Dead Horse Bay in Brooklyn NY exhibiting a bit of frozen saltwater.

Hi everyone!  I'm psyched to be launching a new website with a new name and a place to really showcase my better work as I mature as a photographer.  Looking over some of these pics, it's amazing to see how much I've grown over the past two years.  It's been a very busy year and I haven't been getting out as much as I like to, but hopefully some time will free up soon.  Not to mention I am planning a very special trip with my honey for late next year that will mostly be about us, but should afford some amazing photo opportunities.  I'm still working out the glitches on this website and I am still making a new logo, but please drop me a line and let me know what you think!